I recently spent close to 3 weeks inpatient psych after 2 suicide attempts. 20 days away from my 4 kids. On one hand it sucked terribly, on the other, I suddenly was forced into discovering ME, and figuring out who Tricia was when she wasn’t being a mommy or a wife. Not that this was my first venture into a psych ward, I had severe postpartum depression after my last child was born and spent 2 weeks inpatient then. I also spent many weeks in the psych ward after a mental breakdown in my early twenties. Not to mention the in and out stays during my teen years. So, back to my most recent visits…

I actually had two forays into inpatient stay, one lasted 8 days, and the other lasting 11. The worst stay was those first 8 days I was gone…I had a terrible doctor who refused to put me on the right medication, instead she opted to put me on Haldol (an older antipsychotic used in the treatment of schizophrenia and acute psychotic states and delirium)which did me no good at all. She refused to prescribe my Concerta, yet continued my Suboxone, and refused and anti-anxiety medication at all, choosing to let Haldol replace any benzodiazepines.  It did such little good because it caused such extreme sedation that I was practically a zombie. I gained no valuable experience from that stay, being unable to attend therapy or groups and whatnot. So after 8 days of no good at all, I was released because I was considered to “no longer be a threat to myself”. This clearly wasn’t true because not even a week later I had a much more serious suicide attempt, thus landing me in a different hospital further away from home and family.

As much as I resented it at first, this actually proved to be a godsend. I had a doctor who actually ‘got’ me, because he understood bipolar disorder. He immediately put me back on the medicinal regimen I had been on  6 months prior to my inpatient stays. He listened to me, he didn’t hide things from me, he was honest with me, and I felt I could be honest with him as well. He respected the fact that I knew my body best and was educated enough about my disorder to know what was effective and what wasn’t. I was back on my Welbutrin, Abilify, Xanex, Concerta and Ambien that day. (After my experience at the previous hospital, I quit the Suboxone and swore off all narcotics for good.) Now that I was in a controlled environment, I discovered that Xanex wasn’t the best anti-anxiety med for me, given it’s short half life, and my extreme anxiety.  My doctor and I made the decision to try Klonopin instead, even though I had not had good results with it in the past, because I was willing to trust him and try it again. Miraculously enough it worked wonders for my anxiety this time, and it lasted much longer than the Xanex.

So with my meds fixed, I should have been good to go home after a few days right? Wrong! This hospital had several different psychiatric units, and I was on a unit exclusively for women who had suffered trauma or abuse at some point in their life. We had a very rigid schedule from 7 AM until around 4 PM, which is when we could finally have some downtime. We spent at least 6 hours a day either in therapy or in classes; learning valuable new skills and learning new coping skills and gaining new insights and perspectives on our lives. The therapy groups were very DBT based, and I’ll never forget some of the practices that were taught. We were given schema diaries, and had to discover our ‘life traps’, which are  negative beliefs about the world that affected how we behave.  I had done the schema diaries before, but never took it seriously until now. This time I was given a starter kit, if you will, on how to proceed with life going forward once I left the hospital.

I’ll never forget the staff there, ever. I’ve never been inpatient anywhere where there was so much true compassion and genuine caring for the patients in the staff’s care. From the head nurse to the therapists, to even the cafeteria staff, these people cared about us and we could feel it. It gave me the courage to actually reach out and allow myself to be vulnerable, and to open up about issues that had never seen the light of day. I actually did the homework assignments, I actually did the workbook assignments, and I actually discovered who I used to be, and who I could be again. It was liberating, and yet terrifying at the same time. I’d spent so many years suppressing my emotions, I had no idea how to handle them now that I was allowing them to surface out. I was in a great place to learn how to cope with them in a safe manner. I also finally had a clear game plan for therapy out in the real world. I knew what direction I wanted to take, and what I needed to work through. I went into that hospital as a broken woman, and left with a sense of purpose and hope that I’d never felt before upon any other discharge. My husband swears that if I ever relapse again, I’ll go back to this hospital because they did me the most good that he’d ever seen.

So how did I end up spending all this time in the hospital anyway? I mean, after going so long on the outside without needing to be admitted? You see, I had quit taking all my meds a few months prior, for a multitude of reasons… which did me no good at all, but for some reason seemed like an excellent idea at the time. I lasted about 5 months without any meds; five miserable months in which I had a few days of functioning, and then many days where I simply couldn’t even get out of bed to properly care for my family. It was a rough time and I feel horrid about how it affected everyone around me, especially my kids. I know they suffered the most by not having mommy totally there. Thanks be to God that I have a wonderful husband who was able to be there too and pick up all the pieces of the mess I was making.

It all really started spiraling downward when my cousin hung herself and left her family behind. I’d been having suicidal thoughts for awhile but couldn’t bring myself to do anything about it because I had my family to think of, right? Yet suddenly here was someone who was able to overcome that and leave it all behind, and if she could do it, why couldn’t I? Not very rational thinking I’ll admit, but what bipolar person thinks rationally when they’ve been off their meds for awhile? No justification there, just an observation. I got more and more depressed, I started fighting with my husband more and more, and there were more and more days that I couldn’t get out of bed and function.

The one who bore the brunt of this, to my shame, was my youngest, who I felt was to blame for all my woes. She suffered the most because she was the most helpless of my kids, the least independent and the one who needed her parents the most. She could sense my disinterest and clung to her dad all the more tightly, distancing our relationship even further, even to the point where I felt giving her up for adoption would be in her best interests because I felt I was doing irreparable damage to her, simply by being her mother. Fortunately, small children are quick to forgive, and also quick to give their love to those willing to receive it and much of the damage I had done has been repaired since I was released this last time. I’m so grateful to have been given a second chance with her and that she has responded so well to my new attitude and sudden interest in her. My other children don’t seem to have suffered as much, they were very happy to have mommy back home, and wanted a lot of snuggles at first, and I made sure they got them. I still make sure they get their snuggles now, in fact.

What was the point of this rambling post? I’m not sure really. Maybe someone will come across it and find some hope in that there is quality treatment out there, that there are good hospitals out there, or maybe someone will feel like trying therapy again, or maybe going to their doctor to try yet another medication again, or whatever positiveness that can be found here. I hope someone can find some positiveness in my little ramblings here because I found hope through what I went through, and I want to share that with the world. 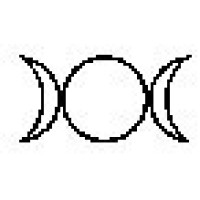 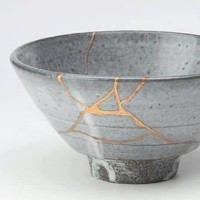 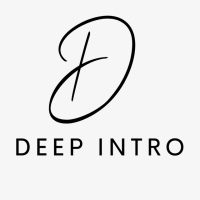 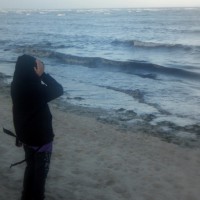 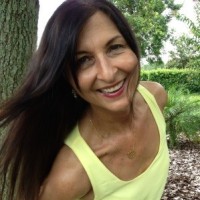 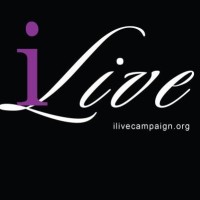